The Great Thing About Saying, "YES!"

This morning started off with my newly 16 year old son pleading to stay home from school today, since he missed his chance to play birthday hooky last week - his birthday so rudely falling on a Saturday.

And, being the good and conscientious mom that I pretend to be most of the time, I said, "No!"

Until... I dropped off his younger sister and thought...what the heck?  One thing you should know about me, I'm a sucker. And I'm easily swayed. And...fun often wins out over everything else. So, I'll be handing back that "good & conscientious" award. Besides, he's an excellent student, never gets in trouble and he didn't want anything for his birthday or a party or...he's a great kid but kind of a stick in the mud.

After Mission Stay Home was accomplished, he then asked to go to our favorite coffee place...we did. While there I mentioned I had planned to go to Santa Cruz to walk the path next to the ocean. Much to my surprise, he wanted to go!

He NEVER wants to go...so, of course, we left immediately...before he changed his mind. 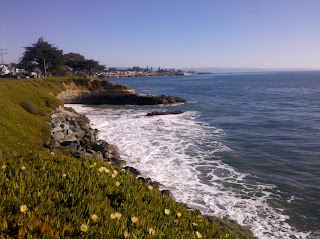 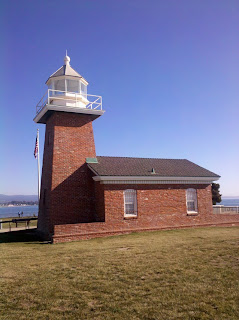 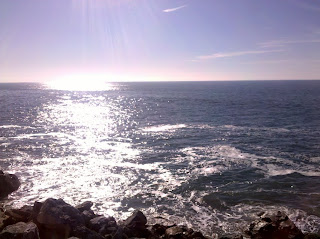 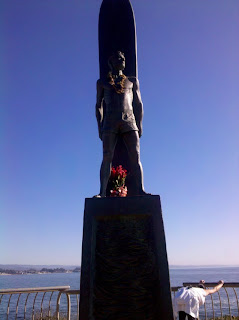 And thank you, Dear Random Lady,
for bending over just as I snapped the picture. 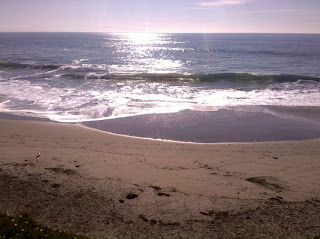 We walked for about 3 miles (round trip), with my son chatting the whole way. These are the moments I live for, as a parent, when my children just talk and talk...unguarded, no wall of angst...because there are so many days where they hardly say anything or their mood so just too precarious.

This particular conversation was about the possibility of submitting an episode idea he has for his favorite sitcom, The Big Bang Theory. The WHOLE 3 miles was dedicated to setting the stage and fine tuning the idea.

And let me tell you, it is a wicked good idea! In my opinion, as a fan of the show and Geek/Nerds in general, it would make a kick-ass episode.

When we got back to the car, he jotted all his ideas down and he's been busy typing it up since we got home.

So, here I am...the proud mama who is now trying to figure out how the hell to send his episode idea to the writers (?)/creators (?) of the show, knowing full well that it is unlikely to make it into the hands capable of bringing it to life. But that's OK...because despite the obstacle, he still wants to send it. He's STILL investing the time and effort.

This is a kid who hated the idea of writing anything. Mr. Science and Math guy is slowly evolving  into a person I did not expect, but...who has me soaring over the moon.

He wants to write!!

Perhaps not as a career - or so he says right now - but he wants to get his book idea (unrelated to the BBT episode) down on paper. He is toying with the idea of writing SciFi/Fantasy in between whatever else he decides to pursue as his future stretches out before him.

Who knows what that future holds. He is likely to change his mind a dozen times before he graduates college and then maybe again after that!

But then again...maybe not.

I'm so happy that I said yes this morning.
Posted by alienbody at 3:02 PM