Kindness, according to an on-line dictionary (who shall not be named and was used because I'm too lazy to get up to find a real one) is defined as:

"Friendly feeling; liking"
Which, I could have told you without having to look it up, but I was so darn sure that the 'dictionary' would have some far superior phrasing for a word that gives such an all over glowy feeling.

That'll learn me to get off my arse and look it up old school.

It also left me thinking that writing for dictionaries is really easy, so I'm going to apply for a job first thing tomorrow. I'm a shoe-in, they're gonna love me!!

My purpose for this post though is to spread a bit of kindness - to myself.

And maybe help you, Dear Reader, grow some of your own, should you need it.

I have a nifty ability to regress into self deprecating 'speak' when I write - I'm SO talented at it that it even makes the leap from page into real life conversation! I can reach an irksome level in record time. I can't help it...I'm a natural, it's effortless.

There are people crawling all over this planet who have no discernible talent(s), yet they hold themselves in such high esteem.

And then there are people endowed with such genious that it burns to stand near them - yet they never acknowledging the greatness that lies within.

These people are called "humble". What makes them different from those that nitpick themsevles apart?

It isn't just their ability to build up those around them, because I do that too (at least I hope I do - please let that be so). I suspect it has more to do with what they don't say that gives them such quiet assurance. These people have an ability to use the art of self deprecation to heighten their appeal. It really is a skill, one that most of us haven't mastered.

*Thumbs up, points to self* I know I haven't.

And I suspect that I never will.

However...I have come to realize that I am not without talents (above and beyond those that cannot be shared in polite company). >;-}

I spent (and still spend) much of my time comparing my 'talents' to those that share [insert ability here]. It's a very unfair practice.

I feel my writing ability is inferior because I compare myself to superior writers.

I feel that I'm a mediocre cook because there are chefs out there....somewhere....in the world...cheffing much better than I.

I feel that I lack any artistic/creative ability because out there....somewhere...in the world...someone does EVERYTHING better.

Let's be perfectly clear - I'm not a competitive person. I don't need to be the best and have no desire to be in the spotlight (well...until I take over the world and become supreme ruler...like, duh). But when I look at the skill set of those with specific talents, I feel that in order to identify with them I need to posses that same set of skills.

What a crock of shit.

I say that to appease everyone who has complimented me only to receive some sort of brush off of their assessment. Especially my Hubbypants, who's quick on the draw with a compliment - one of the incalculable reasons why I love him as much as I do.

I don't need to have what they have to possess a talent. There is something that I do that someone will look upon and wish they could do it as well. It's the way of the world - we all have something that sets us apart from others. Someone who can't boil water without setting the house on fire is going to look upon my ability to make yummy cinnamon rolls as talent - regardless of the fact that they may not be as good as Cinnabon.

So, before I do a typical Melissa - which is to get completely off track and ride that tornado of a tangent, I'll get to my point.

I have talents. As does everyone.

I have some that are better than others and as well as inferior.

But I have them.

And I'm going to try and recognize that fact.

Which finally leads me to the reason for all the pictures and the instigator of this post. My son showed me a journal that he is required to keep for a class and inside he was to tape/paste/staple EVERYTHING the teacher handed out. Along with the EVERYTHING would go his handwritten notes from lectures, etc. He asked me if I had ever had to that for school.

And I hauled out my Environmental Science journal from Fall 2010...yes, just last year. I can't tell you how much of a lifetime ago that seems. A lot happened that Fall - the body snatchers stole my THYROID!!

So, I showed him my journal and he was very impressed with my drawings, of which I replied that they were super simple and required no talent.

So, I'm sharing my drawings with you - with this disclaimer: on occasion I would do a rough outlining trace of a critter's body (but not all of them - you can probably tell which ones) because I was fucking exhausted and just needed to get it the hell over with. I did the detail myself. Most of the drawings were done during a marathon make-up lab session, because I had missed a couple of classes while dealing with my thyroid cancer.

I look at them now and think they aren't so bad. I'm no artist, but they aren't stick figures either (which I am WICKED good at...come back on Wednesday).

I'm giving myself permission to say I did this and it turned out pretty neato-keeno. And, I wrote a post in a style that some people are drawn into, where they feel as if they are talking to an old friend...ya know? See...two compliments in one day. I'm on an f'ing roll, baby!

Kindness is a gift - our ability to give it is inexhaustible.
Treat yourself to one, or many, daily....Peace.
Click on the image to enlarge for detail - or not. 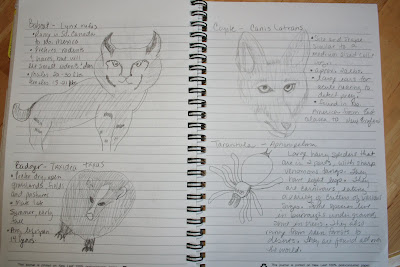 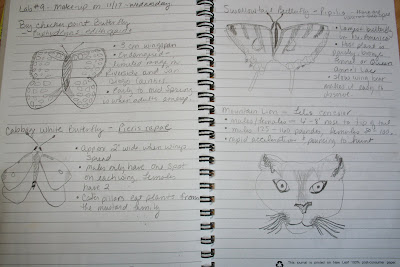 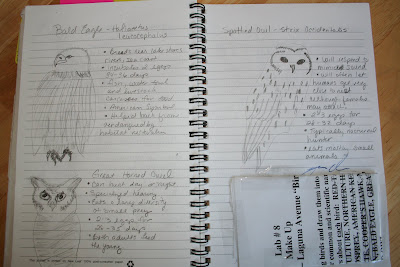 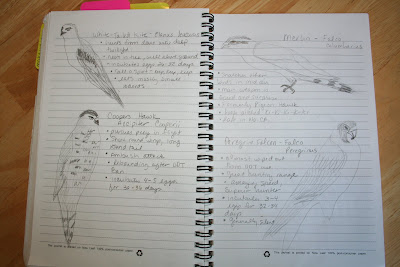 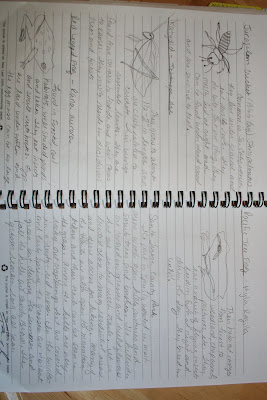 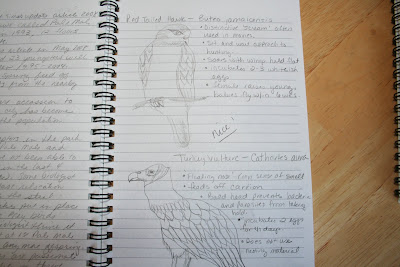 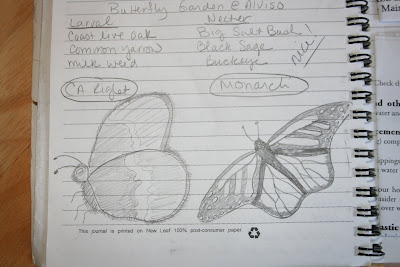 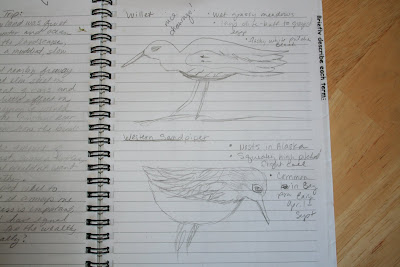 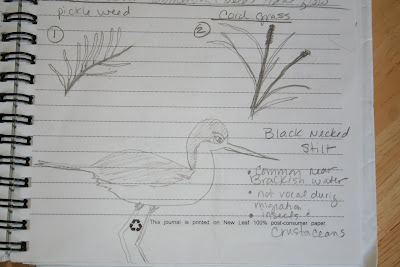 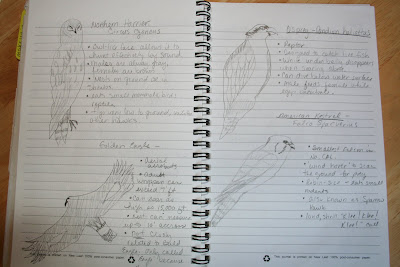 Posted by alienbody at 5:28 PM