I have a girl crush on The Pioneer Woman.

Her name is Ree.

And she takes pictures of it.

The drooly-gooey-good kind of pictures that make you want to lick the monitor.

And she does it with wit and charm.

I want to be a hater, but really...it's impossible.

Aside from licking the monitor (which shall remain between you and I, K??), I don't do any of what she does.

But I do COPY...her recipes that is, from The Pioneer Woman.

I won't be doing posts like this often, because they are too much work...that woman is amazing.

But I wanted to play with my camera settings and have some fun.

When that didn't work, and the pictures were crap, I just went back to full auto.

Don't judge, you been there...you know it.

So, this is what I made. 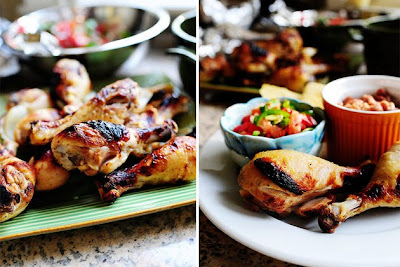 Pollo Asado - this is a picture from her site, I didn't take it.
You know this because THIS picture is good and drool inducing.

So, I did what she said: 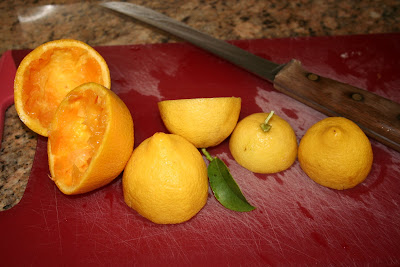 I cut the oranges and lemons.
Mellow lot, those lemons and oranges...no funny business from them.

At least...until I added the limes.
Then the party started to get...funky. 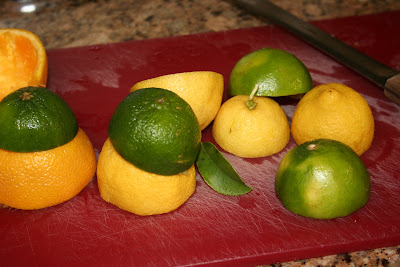 Then the onions and chickens got involved...and... 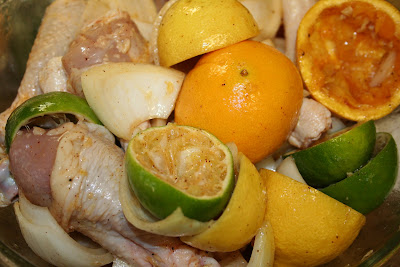 I made sure everyone was safe with some plastic wrap and a stint in the ice box to cool things down.

You can't turn your back for a second, or you'll catch someone trying to make margaritas with the leftover fruit from the marinade! 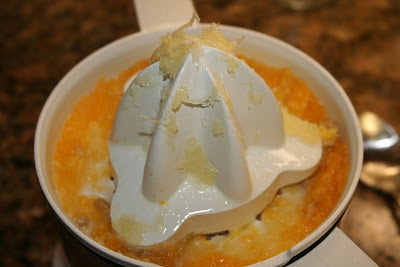 Oh wait...that may have been me. 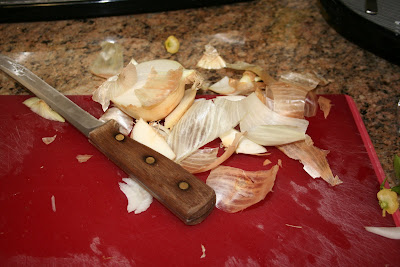 I have kids, they get dish duty.

I love my kids. 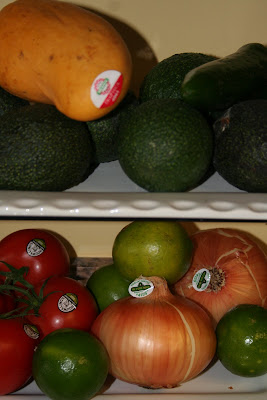 This is MY photo.

Know how you can tell?

Because it's crappy and I left the stickers on.

Know what else....those avocados came from my tree.

My very own avocado tree.

Now who be hatin'?

If one is going to make pollo asado tacos...

One MUST have pico de gallo 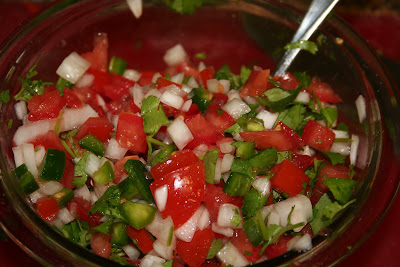 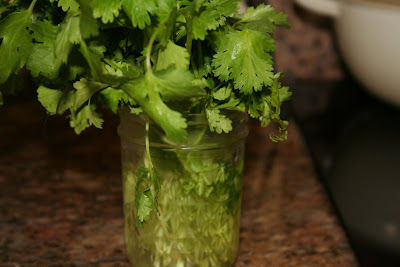 Which, in case you didn't know, tastes EXACTLY like non-blurry cilantro.

So...the chicken was BBQ'd to perfection and the tacos were made and consumed (hooverized) and nobody got hurt in the process.

There are no more pictures.

We got our eatin' on and forgot.

BUT, if you want to see the drooly-gooey goodness of this meal from a REAL foodie, go visit Pioneer Woman.

Be prepared to stay awhile.

She's hard to resist.
Posted by alienbody at 8:52 PM