How I got my super powers. 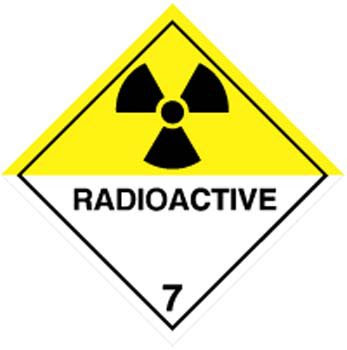 That was me, one year ago.

I kid you not.

What a hoot that was! {not really}

The doctor didn't use those words specifically, but I knew what she meant. I think the conversation was more like, "The best way to make sure we've removed all of the thyroid cancer is to do the follow-up RAI (radioactive iodine) treatment."

But I heard, "Now that you are cured and have that nifty scar, we're going to make you a super hero."

She probably meant to say, "or villain", too.

I'm sort of waiting until my powers fully develop to see whether I'll be fighting for The Good or The Naughty.

The whole transformation would have been A.W.E.S.O.M.E. if I hadn't needed to follow the LID (Low Iodine Diet). The list of things I could not eat are too numerous and typing them will make my fingers bleed. But, the diet was necessary and I'm only telling you this so that you can feel sorry for me and say, "You poor thing, you mean NO creamer in your coffee for TWO. WHOLE. WEEKS?"

So, scan day arrives and I go to the hospital Information Desk and say to Sparky the Volunteer, "Can you direct me to the Super Hero Transformation Clinic?"

Ya know, those volunteers are so nice, but they are old and a bit hard of hearing. So, I say: "I'm here for radio-active treatment to get my super powers. Do I get a menu of the super power options?"

Sparky the Volunteer just sort of stared at me for a blink or two and then said, "Oh, you must want Nuclear Medicine. It's in the basement."

I think he said that for the benefit of anyone who might have been eavesdropping. We can't have the general public knowing where Super Hero's get their groove now can we. Basement = Justice League Headquarters Type Place and Nuclear Medicine = Transformation Clinic...like, duh.

Hubbypants and I take the elevator with the common folk - if they only knew. It's a good thing they didn't though, since I was without a pen to sign autographs and stuff.

The day before I had swallowed a small dose of some radioactive something or other that the remaining thyroid tissue in my body sucked up (because, it had been starved of iodine for 14 days) and which would light up my innards like a Christmas tree. The nurse just stared at me when I asked about presents. Pfft...not even a Starbucks card. And boy, these Hospital people aren't very swift and do a whole lot of creepy staring. I wonder if they are remote controlled robots? Ooo...wouldn't that be cool!

The Nursebot had me lay on the impossibly narrow scanner bed in some nauseating position (no really, I was nauseous for hours after) and wait 40 minutes for the panel to travel from my head to my feet. I'm not going to describe the scan - I'll just say that twice in my lifetime is plenty, thankyouverymuch.

The results of the scan lead the doctor on duty to suggested going through with the full RAI treatment, because...apparently...there was still a bit of cancer lurking in a lymph node. I was a bit taken aback, since I thought my super powers were a done deal. I had a choice? And, I’m still waiting on that menu.

Needless to say, I went through with it...took the whole 'glow in the dark' dose. Weeeeee

The Nursebot, wearing a lead vest, uses tongs and gloves to move a lead container (delivered in a special box, by a special carrier person) into a larger lead box with a plexi shield. Me - I'm just sitting in the chair. NO lead protection for MY ass. And this pill that she's handling with all the protective equipment??...did I mention it is going INSIDE me...via my mouth, as in swallowing this pill o' death?

Prior to this I'd been given a large class of water, signed all the paperwork and completed all business with them. I'll tell you why...

Nursebot proceeds to give me the pill by dumping it from lead container into my hand, I'm to pop it, swallow it and then get the fuck out of Dodge.

O.k. they were not that rude, but the instructions were to leave the hospital immediately, not to ride the elevator with anyone else, not to ride in the front seat next to my husband - I'm sure that if it had been an option, they would have suggested strapping me on top of the car. I was NOT to make ANY stops - GO STRAIGHT HOME - and then sit all by myself in a room far, far away from everyone. For 3 days and nights.

What a strange and bizarre feeling to be so contaminated that you cannot go near anyone for fear of over exposing them to radiation. No kissing. No hugging. No nooky. No sharing utensils. No sharing toilets or sinks or plates or...It isn't like they'll spontaneously combust or anything, but you don't want to screw up the future reproductive options of your children. Or worse, increase their risk of cancer.

To make this fun fest even better!! I was to remain on the LID another day to ensure that the radioactive iodine was completely absorbed by any remaining thyroid tissue. There is a whole science behind this that I've left out, because you really don't care. But after the whole procedure the thought of one more day of black coffee was enough to make me cry.

Fast forward a week (and LOTS of over indulging in formerly forbidden food) a friend brings over a Geiger counter. Yes, one of those things they use to detect nuclear activity/traces/whatever. Nothing like a body full of toxic iodine to make that sucker sing. I must say, it was wicked cool to set off a Geiger. Once. I don't really ever want to do it again. Ever.

So, after being cut open and poisoned, I'm STILL waiting to see what mystery super power I was given. I tell you one thing, I'm NOT jumping off the house again until I'm SURE I can really fly. Good thing we planted those bushes where we did. I won't be stopping any speeding bullets or racing any locomotives yet either. Some lessons you only need to learn once.

There must be some sort of grace period to these powers of mine, like I can't use them for a year or something? And if that's the case, then tomorrow I should be Golden...and maybe even making headlines.

Well, if my powers lean toward good and I save your ass from some fatal fatality, then...you're welcome. But, if the tide goes the other way, well...sometimes a gal just has to get her naughty on, ya know? My apologies in advance.

Thanks for taking this trip down memory lane with me, I need to go shopping now for my super hero outfit - Cape & Tiara are at the top of the list.